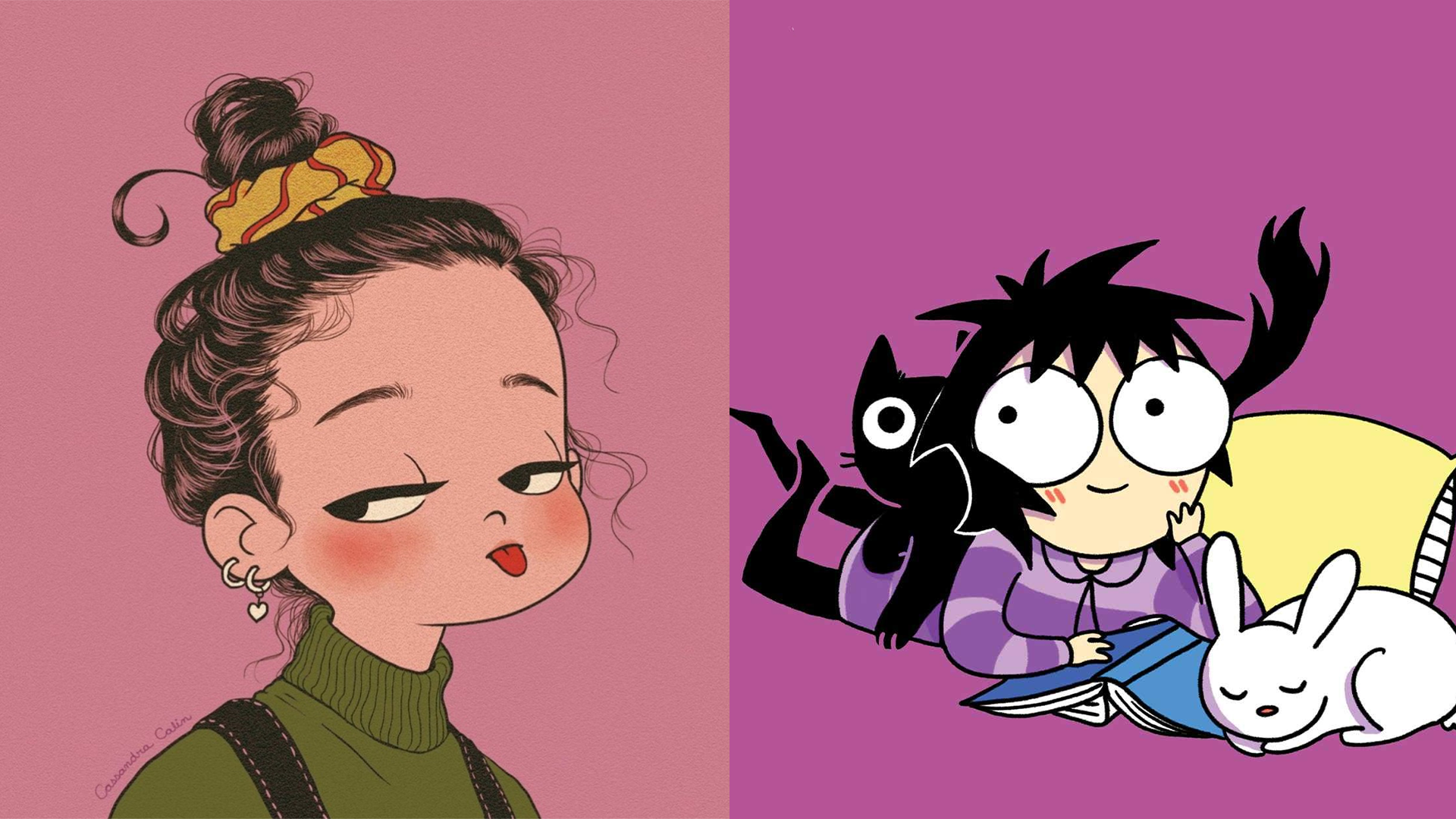 Fans of popular culture and comics in the Baltic States have received an exceptional message – two of the most prominent authors of today’s online comics in the world are coming to Vilnius. These are Sarah Andersen and Cassandra Calin. The artists with millions of followers will attend the largest popular culture event in the Baltics, Comic Con Baltics 2022: Together with GameOn, on May 20-22, at the LITEXPO Exhibition Center in Vilnius.

The return that thousands were waiting for

For one of the guests of the event, Sarah Andersen, the trip to Vilnius is not going to be the first. The author of Sarah’s Scribbles comics visited Lithuania in 2017, during the first Comic Con Baltics event. As one of the event organizers Tomas Vievesis reveals, thousands of fans of the event are waiting for this return.

“We can say that in 2017, Sarah was the most popular guest at the event. On both days of the event, fans lined up in impressive-sized queues to get the author’s signature or to have a picture together. Later, every year we received requests from fans to invite this artist to visit Lithuania again. In order to ensure the best experience for the fans of the event, we have taken into account their requests and are pleased to announce that Sarah is coming to Vilnius this May,” says T. Vievesis.

According to the organizer, the web-comic author, who has almost 8 million followers on social networks, enthusiastically accepted the invitation and welcomed the opportunity to return to the event, which has grown significantly since her last visit. “It was easy to invite Sarah to visit the event again because, according to her, the first visit exceeded her expectations. The author did not hesitate to visit Vilnius and see how we have grown since the first event,” said the organizer of Comic Con Baltics 2022: Together with GameOn.

Along with S. Andersen, the event will be attended by another very popular web-comic author Cassandra Calin, whose number of followers on social networks exceeds 4.5 million. The Romanian-born artists living in Montreal, Canada, will be visiting Lithuania for the first time. She will come to Comic Con Baltics 2022: Together with GameOn on the recommendation of S. Andersen.

“The recommendations of the former participants ensure the possibility to easily attract other bright, world-famous guests. S. Andersen personally helped us to establish contact with C. Calin and thus invite this comic’s author to Vilnius,” says T. Vievesis.

Calin is known for her online comics, Cassandra Comics, in which she shares her daily experiences through the prism of humor and satire. Both Andersen’s and Calin’s comics ironically convey universal experiences and events familiar to many readers. As followers in the stories of authors recognize themselves, the content they create becomes even more interesting.

The news about the arrival of the web-comic authors also confirms the return of the Comic Con Baltics event. In 2022, the event will take place after a two-and-a-half-year break. As promised by the organizers, the event will surprise visitors with both its size and the amount of entertainment. For the first time, not only Comic Con Baltics will take place in LITEXPO exposition hall, but also the largest computer games and technology convention in Lithuania – GameOn.

The significantly increased program of the event prompted the organizers to present another piece of news. The popular culture and computer game fiesta will take place on three, instead of two days – on the 20, 21 and 22 of May. The Friday program of the event will focus on students who will be able to enter Comic Con Baltics 2022: Together with GameOn using the Culture Passport.

S. Andersen and C. Calin will attend the event on Saturday and Sunday, 21-22 of May. Meanwhile, all three days of Comic Con Baltics 2022: Together with GameOn will feature not only meetings with celebrities of comics, movies, and TV series but also computer game spaces, a cosplay competition, presentations of the latest films, the scenery from the world’s most famous films and TV series, famous cinema, and television guest announcements and many other entertainments related to popular and gaming culture.