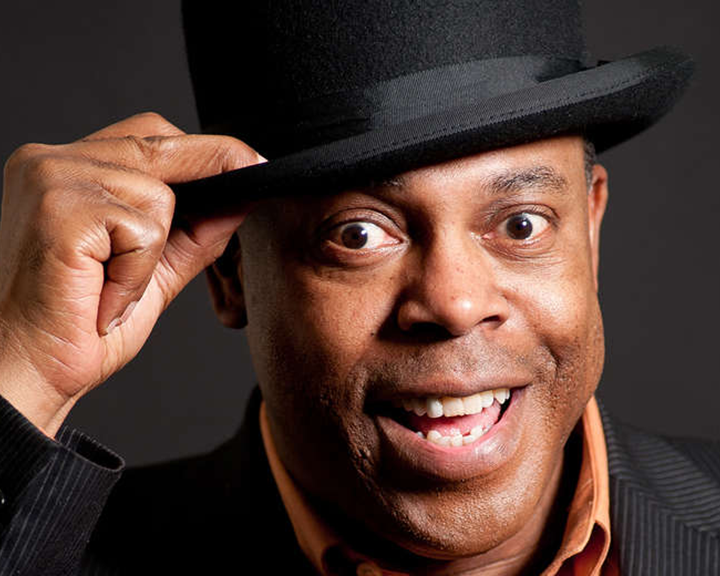 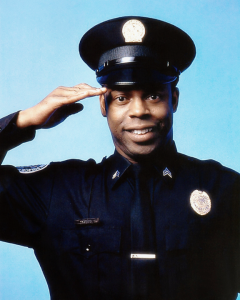 You most probably know the “Police academy” theme song by heart. This comedy gained world wide success not only due to its absurd scenes and funny jokes, but also an amazing ensemble of actors with phenomenal skills. One of them a man “sound effect” – Michael Winslow is coming to Lithuania of 2-3 December to “Comic Con Baltics”.

If his name means nothing to you, maybe his voice will. Michael Winslow played Sgt. Larvelle Jones, one of the main roles in “Police academy”. Jones speciality was the perfect imitation of various sounds. The latter might be exploded tire, a very loudly eating couple or even a gunshot, basically, Winslow mimicked whatever sound it is possible. One of the most iconic scenes is where he simulated the sound of a kung fu fighter. For this reason, he is called “a man of ten thousand voices”. His role in “Police academy” gained him world wide success, up to date Winslow is earning money from mimicking various noises.

He has also shown his voice capabilities in the video invitation to meet him in Vilnius, Lithuania.

„Police academy“ is not the only project of his. Winslow has already starred in and voiced over fifty films and many more TV shows. One of his well-known appearances is in “Spaceballs”. In short, it is a “Star Wars” parody, Michael Winslow plays a technician responsible for the radars. Even though it might sound like an irrelevant part, however, he made all the sound effects in his scenes himself. Film director Mel Brooks said, that because of Winslow’s‘ talents, he was able to save up a nice sum of money for the sound effects.

Alongside his acting career, Michael Winslow also is a stand-up comedian and hosts a TV show about old, classic films. One of his recent and interesting projects is the collaboration with “Apple” in creating a special application for “iPhone” and “iPad Touch”. In the “NoizeyMan” application, one can find various short clips, games with noises created by Winslow himself. Oh, by the way, the sounds in the “ThatsKungfu” application is guess whose? Yep, Michael Winslow.

Behind all of these roles and projects is one face or, to be precise, one voice – Michael Winslow. You can meet and hear him at “Comic Con Baltics”, 2-3 December, the place where all the heroes meet.

Ticket prices will rise on the event day. Get them here www.tiketa.lt