The exclusive footage from “Between us, boys” sequel will be shown in „Comic Con Baltics“ 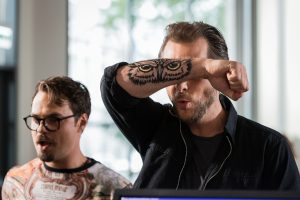 The pop-culture event „Comic Con Baltics“, which will take place on December 2nd and 3rd in Vilnius feature exclusive trailers and clips from upcoming Lithuanian movies. The ones who like comedy genre will be happy to know that the creators of the most popular Lithuanian movie „Between us, boys“ will bring never seen clips from the upcoming sequel „Class reunion. The boys are back“.

Last year, the movie directed by Kęstutis Gudavičius received the biggest profit and became the most popular Lithuanian movie of all time. In the sequel, the viewers will meet and dive into new adventures with the same boys played by Audrius Bružas, Leonardas Pabedonoscevas, Kirilas Glušajevas and Mantas Vaitiekūnas. Usually, the class reunion associates with chit chats and funny stories from old class friends, definitely not with visiting fertilization clinic or a nightclub. But…these boys are special and their experiences are bizarre. 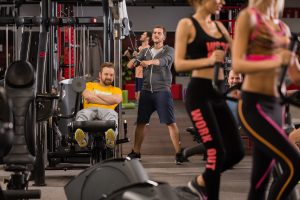 „Class reunion. The boys are back“ story is truly comic, filled with funny and crazy events where boys have the opportunity to test their manliness. Simply, the audience has a chance to see what men are doing when their wives are not watching. Film producer Mantvidas Žalėnas says that the story not only accentuates the funny situations but also is a somewhat journey through the characters’ lives. “Class reunion is one of those events where you start questioning your achievements and past decisions. The story focuses on the consequences of bad decisions. I think that a lot of people will find the story relatable and enjoy that it’s not them who are in those situations” – explains the producer.

The movie premiers in the end of December, however, the exclusive clips will be shown in the „Comic Con Baltics“. The feature movie and TV stars from abroad, comics and cosplay artists, cinema talent behind the camera will also attend the event. Fans will get a chance to see how movies are made up close, participate in discussions with actors, producers, and other people from the movie industry.

Get your tickets to the event at TIKETA