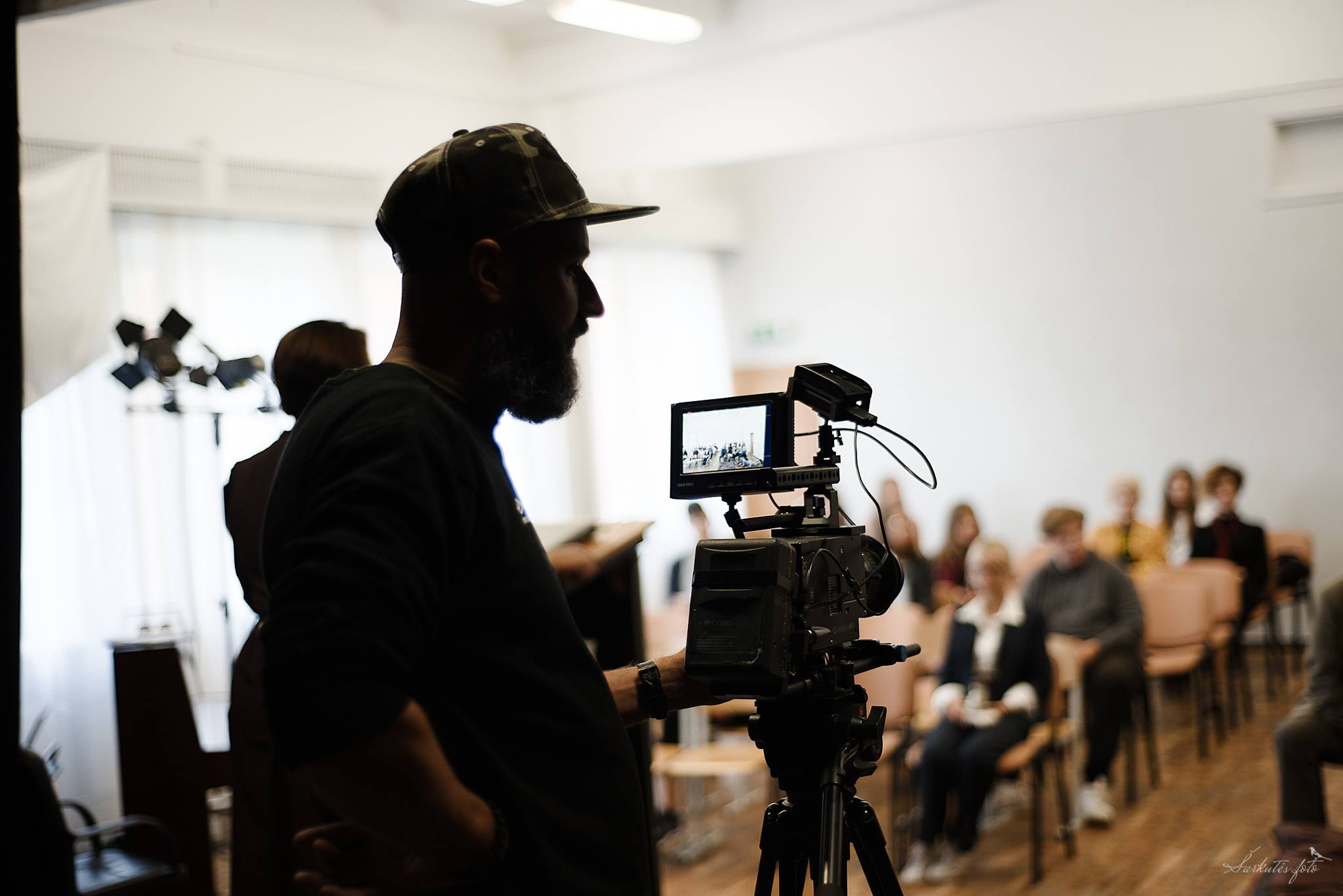 The attendees of the second edition of “Comic Con Baltics” will be the first ones to see the trailer and behind the scenes of the comedy film “System”.

The debut feature story is shaped by rare coincidences. A cloun Andrius becomes the principal of a school. This destroys the ordinary daily life for the whole school. Consequently, the circumstances reveal the real faces of both the teachers and the pupils. Using this arch theme the film director asks, why almost all the spheres in Lithuania has changed but not the education system in the 21st century? Film producer Tomas Jašinskas explains that the story is based on his personal experience and general while lasting problems in various schools in Lithuania.

“I have been working in a school, thus I have a pretty good knowledge and understanding that the education system must be changed gradually not instantly. Firstly, there is a need to finally get rid of “learning by heart” method, later, start discussing if grades, homework is enough of a base to prepare pupils for the future,  not for the 19th century” – answers Tomas when asked what he would change in the current education system in Lithuania.

Comedy as a genre was chosen purposefully. “We wanted to find a way to shine a light on a very important and aching theme without any preaching or moralization but with a smile. Thus, comedy seemed like the perfect fit” – explains “System” director Arunas Eimulis “DOP”.

Even though the premiere of the film is set to be in second half of 2019, the attendees of “Comic Con Baltics” will have a chance to be the first ones to see the trailer as well as talk to the team that created this film. There will also be a school room recreated from the film set so that everyone could have a hands-on experience of what it is like to sit in the “System” class.

There will be more Lithuanian films presented at the event. The event will take place on 15-16 September. Tickets: Tiketa