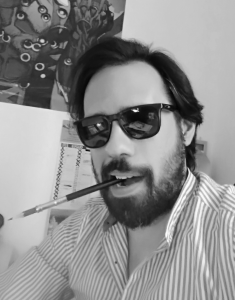 Comics will be one of the special parts of the “Comic Con Baltics” event. On December 2-3rd all the attendees will be able to not only familiarise with the comics’ culture but also meet the artists. One of them – Marco Castiello from Italy, an artist working with the biggest publishers and drawing the characters you all know all too well.

He has started his career by participating in young talents competition arranged by “Marvel”. Consequently, he started to draw comics for them. It is an amazing start for the young artist and drawing for one of the biggest comics companies Marco continued his journey on the top level. After few years he received a suggestion to take part in creating “DC” comics. Thus, the list of the companies he has worked with is jaw-dropping: “Dark Horse”, “Top Cow”, “Aspen Comics” and many others.

During his career, M. Castiello has created a myriad of comics and has drawn the adventures of Batman, Superman and Spider-Man. Likewise, stories for “Star Wars” and computer game “Halo”. Currently, the artist is working with German comics company “Cross Cult” and has contributed to six-part graphic novel “Perry Rhodan”. Amongst his clients are “Volta Creations”, “Naughty Dog”, as well as Sony projects “Uncharted 2” and “The Eye of Indra”.

However, Marco is not only a comics’ artist. Together with few colleagues in Italy, he established creative company called “Primal Shape”. Here they do post-production, animation films, commercials, as well as TV and experimental media projects. For instance, few of the “Primal Shape” creations are animated games “Talking Tom” and “Talking Angela”.

Marco Castiello in “Comic Con Baltics” will participate together with other comics artists. Alongside him you will meet Sarah Andersen who creates internet comics, you definitely know her “Sarah‘s Scribbles”. She will come straight from New York! Keep in mind that on December 2-3rd you will able to meet and purchase their comics. 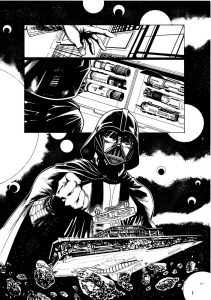 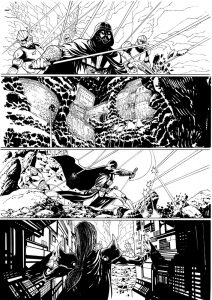 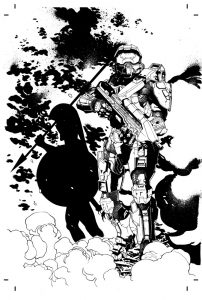