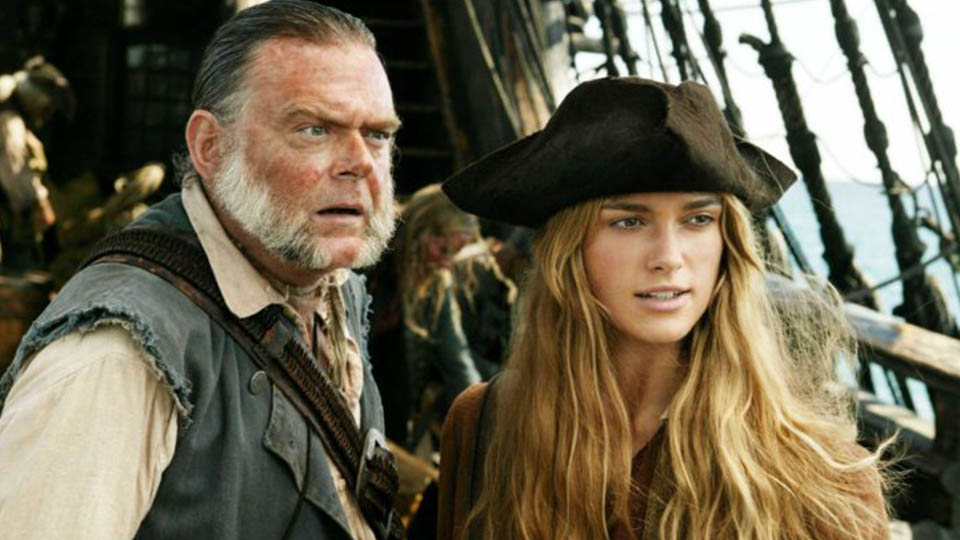 As “Comic Con Baltics” is rapidly approaching, the organisers have just announced that Kevin McNally will be present at this year’s show. The brilliant British actor has starred as Joshamee Gibbs the loyal companion of Jack Sparrow in all five “Pirates of the Caribbean” parts.

Kevin McNally has been acting for four decades now. However, his name became even more well-known after he took up the Joshamee Gibbs part in the legendary saga “Pirates of the Caribbean”. He is one of few lucky ones that got the chance to act in all five films. By the way, the actor has once admitted that due to a wild birthday party he almost skipped the audition for this part.

“We are excited that this actor is coming to Lithuania and will meet with fans. Kevin has a great British sense of humour. I am sure that during the panel discussions people will hear exciting behind the scenes stories from the “Pirates of the Caribbean” and what it means to work on a single movie site with Johnny Depp, Orlando Bloom, Javier Bardem or Keira Knightley. And of course, have a great laugh!” – says one of the organisers Darius Krasauskas.

Kevin’s career is not defined only by one character. He has starred in various projects, including “Emmy” nominated period drama “Downtown Abby” as well as popular mystery series “Supernatural” and a hit political satire comedy “Power Monkeys”. His acting talent was also recognized when he mastered a role as King Lear in “Shakespeare Globe” theatre in London. He will tell more about the challenges and perks of his career during “Comic Con Baltics” on 15 –16 September.

This year the event will host stars from “The Lord of the Rings“, “The Walking Dead”, “The Flash”, “The Vampire Diaries” and more. Sound designers from “Tate Post” are also coming to the event and will tell you all about creating sound magic for gigantic Hollywood projects including “Harry Potter and the Deathly Hallows”, “The Chronicles of Narnia” or “Hellboy”.