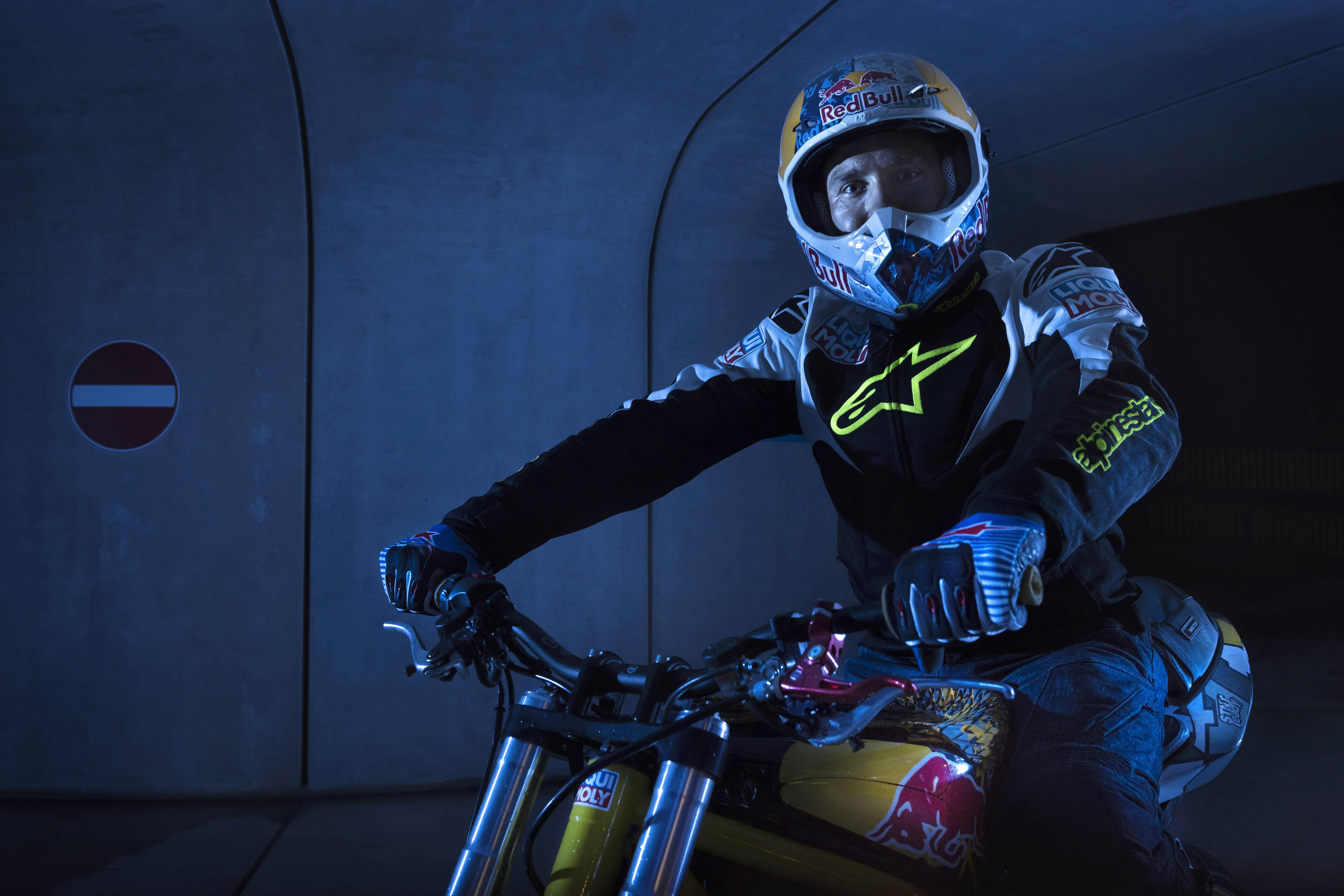 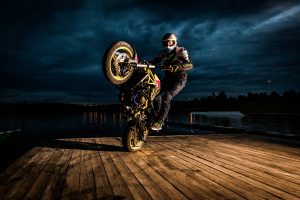 “Comic Con Baltics” which will take place on December 2nd and 3rd is a pop culture event carrying on the tradition of comic cons all over the globe. This is the first time the event takes place in Lithuania. Marking that occasion RedBull will present a real Lithuanian star – Aras Gibieža. He is a multiple World Champion in stunt motorcycling, stunning people with his tricks. His performance is a must see event.

He‘s also a part elite group motorcycle stunt riders. Aras started participating in various competitions when he was 16 years old. He became a European champion in 2012, and has won numerous other international competitions since then, he also became a „Red Bull“ athlete. One of the best stunt riders in the world was kind enough to answer a few questions for us before his performance at „Comic Con Baltics“.

Lets start with a classic question – how did it all start?

It all began in 1994 when I got my first helmet. Since then I‘d not only play basketball or football in the yard, but would also spend a couple of hours on my bike. Later when I was 10 I got my first scooter and everything changed, I realized that it was my passion. I‘m just very happy my passion became my work.

Do you have any suggestions for those who have the same aspirations as you? 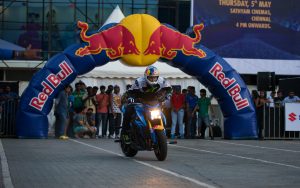 I‘d say that the young aspring stunt riders should start with riding a scooter or a less powerful motorcycle. They also must be very attentive when preparing the motorcycle for practice. Talking about practice, you must do it a lot, and always with protective gear. You should also have a legal, closed and safe space for riding.

Aras, how come you spend so much time working abroad?

Well, the reason is pretty simple, the biggest events in motosport, like Formula-1 or MotoGP takes place abroad. The whole culture of motosport is way more advanced in the west, there‘s more support, media attention and marketing opportunites there.

There‘s an old saying that you should do what you love, and you won‘t have to work a day in your life, do you agree with that?

While there is some truth to that, we can‘t talk about the whole life. Career span of a sportsman is pretty short, and after I‘m done I‘d like to find something else to love and do. But right now I‘m extremely happy and dedicate myself to the sport 100%. I’d like for everyone to do what they love. 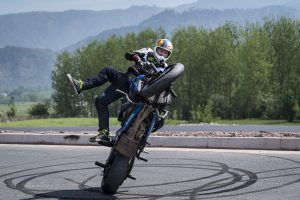 How does your routine look one day before an important competition?

I try to keep it simple. As if it was just another day, additional stress for mind and body can cause a bad performance.

How does that simple routine day look like then?

During the summer my day starts with a fruit cocktail, then it‘s time for strength training, lunch, riding practice, after that – dinner and rest. It‘s similar during winter, just with a little more strength training and cardio, I also spend a little more time at „Jet Motors“ working on my bike and tuning it. Of course, if the weather is nice I go riding to the site, and if it‘s bad for some time I just go somewhere where it‘s nice.

What do you do the next day after a competition?

Usually I just travel to my next stop. Get all my bikes in a truck and move. If it‘s not that, then me and other riders just stay and practice at the venue of the competition.

Tell us about your own cup…

From 2013 to 2015 I organized stunt riding competition “Aras freestyle”, riders from Lithuania and other Baltic states would participate. In 2016 with the help of “Red Bull” I started “Aras Challenge Stunt Art” we managed to have participants from more than 8 countries, the great Chris Pfeiffer was one of the judges. We couldn‘t have the competition in 2017 because I was travelling and participating in competitions in Europe and parts of Africa for 6 months. Hopefully we‘ll be able to do it in 2018. 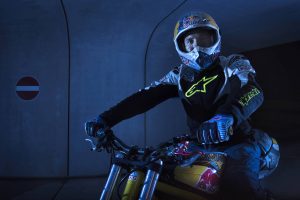 What are you going to do after your career as a stuntrider?

I keep thinking what if there‘s anything out there I could love as much and dedicate myself as I do with stunt riding, and I don‘t know the answer yet. I know the first thing I will do after my career is over though – travel the world for at least a year. Not sure if I will do it with a motorcycle though.

Aras Gibieža will perform at “Comic Con Baltics“ on December 2nd at 14:00 and December 3rd at 11:30. Get your tickets now and don‘t miss out on this awesome event.