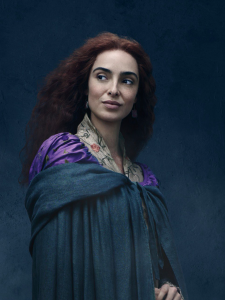 Her career began with sorcery, and the realm of magic has welcomed her back once more with Netflix’s smash hit series “The Witcher”. English actress now plays sorceress Triss Merigold, where she joined a talented crew of actors and worked alongside Henry Cavill, Anya Chalotra, Freya Allan, Joey Batey and many others.

Anna Shaffer has always loved drama at school; even on play dates, she and her friends would always play make-believe. As a teenager, she joined a performing arts centre. She auditioned for Vodaphone which turned out to be terrible, but her second audition was for Harry Potter which got her the runway to stardom!

Anna’s other credits include BBC’s Dr Who spin-off “Class” as Rachel, Leila in ITV’s “Fearless”, Ruby Button in “Hollyoaks”, and Emma in BBC 3’s comedy “Cuckoo”. In 2018, Anna made her theatre debut in the lead role in “Daisy Pulls It Off” at the Park Theatre 200. Anna and the show received rave reviews.

The actress will meet her fans in Lithuania on October 21-22, during the Comic Con Baltics 2023 event, at LITEXPO. The visitors of the event will have the opportunity not only to hear the stories told by A. Shaffer or ask the desired questions, but also to take a picture together or even get the actress’s signature.