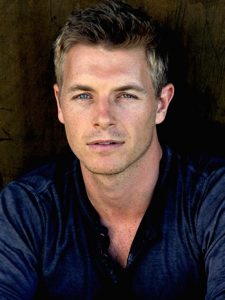 Rick Cosnett is best known for playing Detective Eddie Thawne on the hit TV series “The Flash”. If you’re not watching “The Flash”, you might recognize him from his role as the devious professor Wes Maxfield on the last season of “The Vampire Diaries”.

Born in Zimbabwe, Cosnett studied acting at the Queensland University of Technology in Brisbane, Australia. After spending some time in theatre productions, Cosnett got his first break in the television series “Forensic Investigators.” Additional television credits include recurring roles on “Quantico” as Elias Harper, “The Vampire Diaries” as Dr. Wes Maxfield, “The Young Inventors” and “Headland.” Cosnett made guest appearances on such television series as “Castle”, “Continuing Fred” and “East West 101.” On the big screen, Cosnett can next be seen in the feature film “Skybound.” Additional film credits include “The Timing of Love,” “The Bet,” “The Neighbor,” “Prejudice” and “Langehill Farm.”

Cosnett is a trained classical musician and singer through the Royal School of Music. He currently resides in New York.