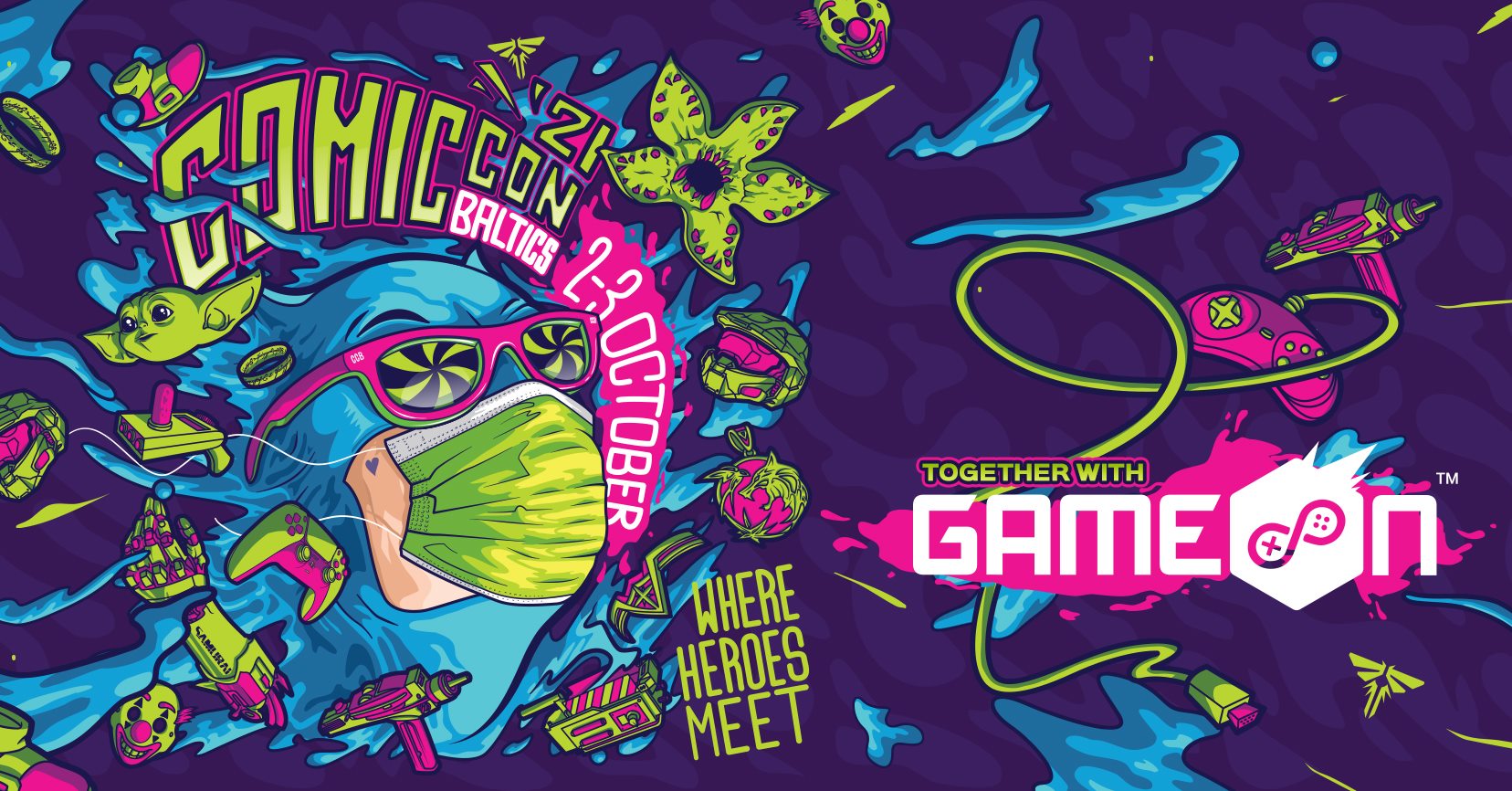 The largest Lithuanian popular culture event “Comic Con Baltics” and the Lithuanian Game Developers Association (hereinafter – LTGDA), which has taken over the management of the video game convention “GameOn”, announce that they are joining forces to organize a large scale popular culture event. The cooperation of the organizations will strengthen the leadership of the joint event in the Baltic region and the importance and uniqueness on the continent.

At the beginning of the year, “TeleSoftas”, the long-term organizer of the video game convention “GameOn”, announced that it is suspending the organization of the event indefinitely. Later, “TeleSoftas” representatives announced that the company had decided to transfer the brand and the organization of the “GameOn” event to the LTGDA, with which it co-organized the first “GameOn” event in 2015. Representatives of the LTGDA informed that after the pause caused by the pandemic, the traditional “GameOn” convention will be restarted and will become a part of the largest popular cultural event in the Baltic States, “Comic Con Baltics”.

According to the organizers of “Comic Con Baltics”, when the competition is transformed into partnership, the growth opportunities become limitless. Especially at this particularly difficult stage of the pandemic for event organizers. The first joint event of “Comic Con Baltics” and “GameOn” is planned to take place on 2-3 of October 2021, in Vilnius, at the “Litexpo” exhibition hall.

“The boundary between popular culture and the gaming world has become so thin that it is almost impossible to separate one from the other. Intending to create a top-notch project that could be considered world-class in content and scope, we are joining forces and inviting pop culture and gaming fans to the grandiose “Comic Con Baltics 2021” event, where our usual gaming space will be transformed into “GameOn” space, representing event’s content and concept. In other words, visitors will experience the two biggest popular culture events in the same place and at the same time. We believe that by combining the best practices and experiences of both events, we will be able to unleash even more of the potential of popular culture for our visitors,” says Tomas Vievesis, the organizer of “Comic Con Baltics”.

The idea of ​​partnership has matured for years and the goal of this merger is growth. According to the organizers, it is important to replace competition with co-operation to fulfil the potential of the topics that are overlapping in both events, taking place in the small Baltic market.

“While thanking “TeleSoftas” for five fantastic years, we emphasized that the sustainable efficiency of the event is our main goal when translating a new page in the history of “GameOn”. Cooperation with “Comic Con Baltics” is a strong first step towards this goal. We are pleased with the openness, positivity, close philosophy and overlapping ambitions of “Comic Con Baltics” team. We do not doubt that the fans of “GameOn” and “Comic Con Baltics”, who will receive the quantitative and qualitative level up of impressive experiences, will have the most reasons to be happy about this cooperation”, says Gediminas Tarasevičius, the director of the Lithuanian Game Developers Association.

“Comic Con Baltics”, the only and the largest comic-con event in the Baltics, is well known to fans since 2017. During this time, it welcomed many world-famous actors and creators, from projects such as “Lord of the Rings”, “Game of Thrones”, “Pirates of the Caribbean”, “The Walking Dead”, “Vikings”, “Married… with Kids”, “Police Academy” and many more.

Meanwhile, the first “GameOn” convention, hosted in 2015, every year presented tens of thousands of fans with the latest computer games and held the finals of the largest e-sports tournaments with the best e-athletes and teams in the region.

The identity will be preserved, growth in size and quality will be achieved

According to the organizers, both events that are well-known to the Baltic community will retain their identity and the themes they present. The most important change is that the size and quality of the event will increase significantly.

“GameOn” space will feature both, the latest and most legendary computer games, innovative solutions, the best computer hardware, virtual reality solutions and even the latest indie games. Also, visitors will be able to watch or even participate in esports tournament finals with the best players in the Baltics and spectate demonstrational matches with the best-known Lithuanian personalities.