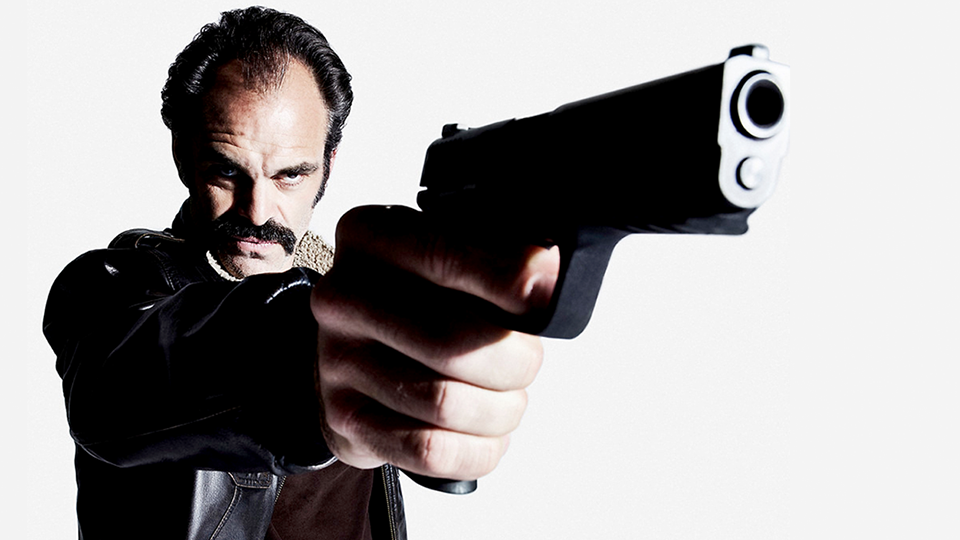 Great news for the fans of “GTA V”, “The Walking Dead”, and “Westworld” 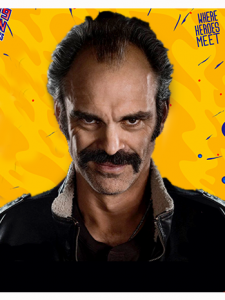 Steven Ogg, the actor known for his unique appearance, award-winning voice and outstanding acting skills is coming to Lithuania. The Canadian-born actor is known world-wide for his roles as Trevor Phillips in the video game “Grand Theft Auto” (“GTA V”), Simon in HBO series “The Walking Dead” and Rebus in “Westworld”.

“We can confirm that the third “Comic Con Baltics”, which will be taking place at the beginning of autumn in Vilnius, will have Steven Ogg, the star of Hollywood movies, world-famous series and video games. It is a unique personality, known not only for his participation in significant movies and TV series, but also for strong characters he played, and for prestigious awards he gained,” says Darius Krasauskas, the organizer of the annual popular cultural event “Comic Con Baltics”.

Showing interest in acting since he was a child, Ogg began his career with signing for acting classes in his hometown of Calgary, Canada. Later, during his teenage years, his interests changed – he went for a professional career as a volleyball player.

“Due to an injury he suffered, Ogg had to leave professional sport. That was the moment when he returned to his childhood dream of becoming an actor. After living in several cities of Canada and Europe, and several appearances in television commercials and in theater, Ogg’s first debut in cinema happened when he moved to New York. It was in the romantic comedy, called “Giving it Up”, which was released back in 1999,” says D. Krasauskas.

Later Ogg was casted in many popular US TV series such as “Law & Order”, “Westworld”, “Better Call Saul”, “Third Watch”, “Person of Interest”, “The Tick” and others. Based on his biography which can be founded on the International Film Database (IMDB), during his career actor had nearly half a hundred of roles in different films and TV series.

“Nevertheless, probably the most significant role he has ever played, is the role of Trevor Phillips in “GTA V”. It is one of the most expensive, but also one of the most successful video games in the video game history. And Trevor is one of the three main characters and is, undoubtedly, the most memorable one there,” says the organizer.

In 2014 actor had received a prestigious award from the “New York Videogame Critics Circle Awards” for the Best Overall Acting in a video game. What is more, due to Trevor Phillips character, Ogg was also nominated twice for the Best Voice Actor in the video game category.

“When talking about television and movies, role of Simon in “The Walking Dead” can be considered as the most significant one. During nearly three years spent on this project, Ogg had performed alongside with such stars as Andrew Lincoln, Jon Bernthal, Sarah Wayne Callies, Laurie Holden, and, also, with Ross Marquand, the guest of “Comic Con Baltics 2018”,” says D. Krasauskas.

Started in 2010, “The Walking Dead” series will come back in autumn for a tenth season. During this time TV show has gathered dozens of millions of fans, won over sixty awards and was nominated for several hundred others. Among them, the Golden Globe Awards. The character played by Ogg has been in the series for nearly three seasons – from 2016 to 2018.

“We believe that due to his acting career and charisma, Ogg could be one of the most memorable Hollywood actors who has visited Lithuania. Fans will have a unique opportunity not only to hear behind the scenes of movies or TV series, but also about the creation of a video game,” says the organizer of “Comic Con Baltics 2019”.

Fans will be able to meet Steven Ogg, as well as, to talk, take pictures and even get his autograph on September 21-22 during the pop-culture event “Comic Con Baltics 2019”, in Vilnius. During the third year’s event, visitors will meet with world-wide famous actors and creators from the most famous film and television projects. There is also going to be premieres of the latest Lithuanian movies, video games, comics, presentations of the most innovative tech, cosplay shows, family space and lots of other entertainment for both adults and kids.