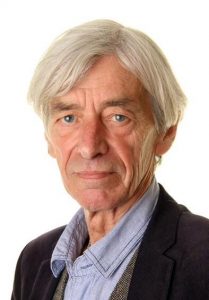 A Glasgow born actor Rony Bridges is one of the many actors that played a role in a story of galaxy far far away that lasts for four decades. He acted in several different projects but most well known for him was the first instalation of renewed franchise and the latest trology „Star Wars: The Force Awakens“.

The actor remembers that he got the role nearly by accident. He was filming in a „Tulip fever“ in London at that timeand he knew that Star Wars were being filmed at the same time. A friend of his, that was 1st Assistant Director, suggested to send his CV to Casting Director and he was called for costume fitting. „I was absolutely over the moon when I found out the part I was playing was a First Order Officer“ – says the actor.

His role in the movie might be quite small but it had its perks and still brings fond memories for Rony. While they were filming a scene with Domhnall Gleeson and Gwendoline Christie, he remembers some fun things. „I couldn‘t resist asking Gwendoline how she managed to pee wearing her costume and she said is she told me she would have to kill me! Also J.J. Abrams kept thinking there was something wrong with the scene then he got „Get a box for Rony“. I‘m 1,85 m tall and I had to stand on a box next to Gwendoline who is even taller with her Captain Phasma helmet on“.

Rony‘s character, a First Order Admiral, might be a small one but not too small as h eis one of the characters included in Funko „Pop!“ figures, so he is now a part of many toy collections too.

In his career, Rony starred in „Valhalla Rising“ along with Mads Mikkelsen, „Outlander“ and other projects.