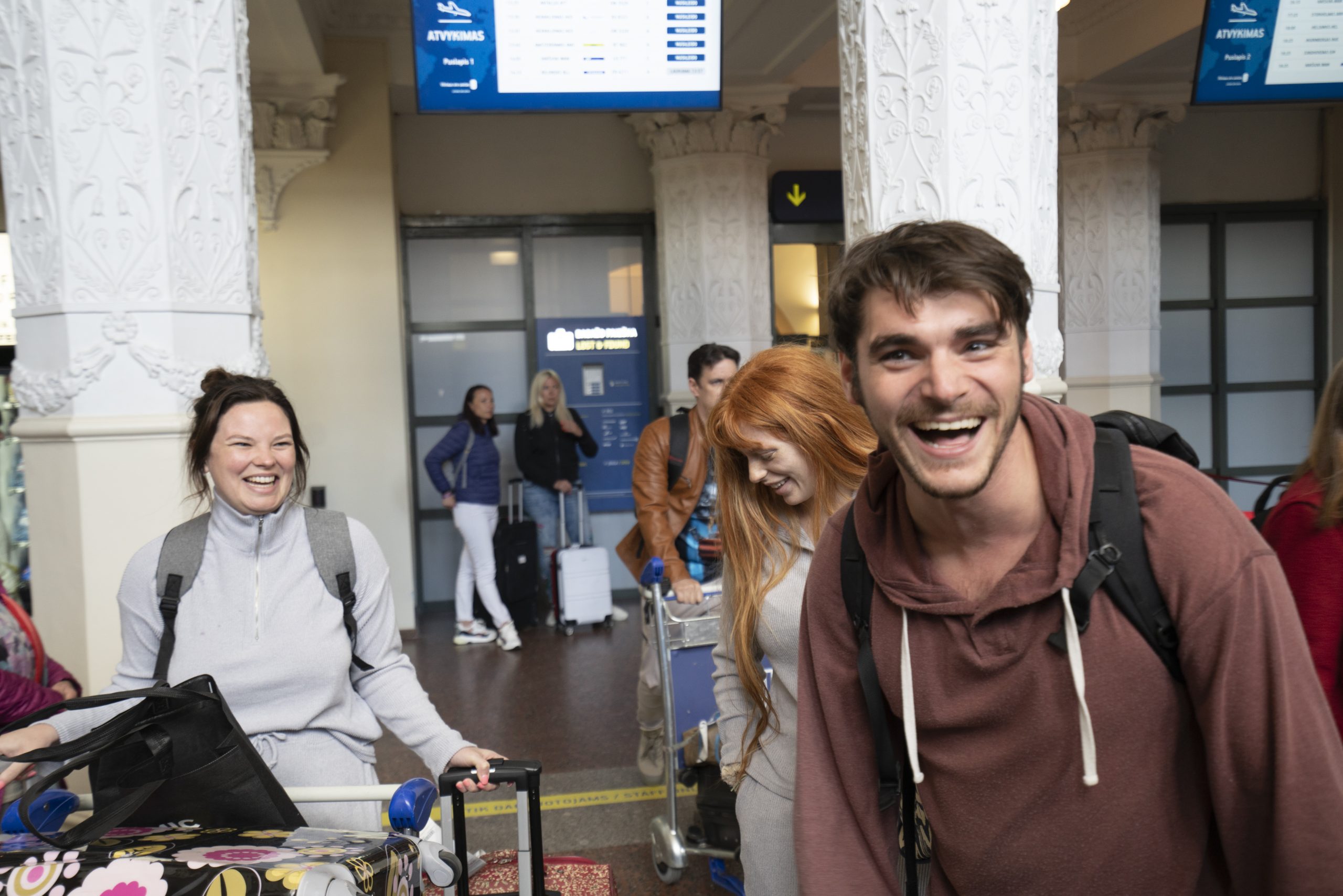 A star from the series “Breaking Bad” has landed in Vilnius

On Tuesday afternoon, a plane with a famous US actor RJ Mitte, well known to fans from the cult TV series “Breaking Bad”, landed at Vilnius Airport. The visit to Lithuania is a long-planned meeting with fans, which will take place this weekend, during the biggest popular culture event in the Baltic States, “Comic Con Baltics 2022: Together with GameOn”. The actor is presented by the US Embassy in Lithuania.

RJ Mitte announced his arrival in Lithuania back in 2020, but due to the challenges posed by the pandemic, the meeting with the fans had to be postponed three times. The famous actor, who walked through the gates of Vilnius Airport on Tuesday afternoon, together with his girlfriend, mother, grandmother, and sister, enjoyed not only the successful journey but also the opportunity to finally be in Lithuania.

“I am very excited to finally be here, and I look forward to the weekend when I can finally take part in such a long-awaited event,” said actor RJ Mitte.

On the screen with Hollywood superstars

RJ Mitte has embodied Walter White Jr., the son of the main character Walter White in “Breaking Bad”. The actor made his debut in the series when he was still a teenager, so the opportunity to work with top actors was, in his own words, a huge challenge. The actor shared the scene with such Hollywood megastars as Bryan Cranston, Aaron Paul, Anna Gunn, Bob Odenkirk, Krysten Ritter, and many more.

“RJ Mitte is by far the most awaited guest at our event. We planned his visit more than two years ago! We believe that fans will be very interested to hear about the behind-the-scenes creation of the cult series from the person who participated in the filming from the first to the last season,” said Tomas Vievesis, the organizer of “Comic Con Baltics 2022: Together with GameOn”.

Created for five years and counting the same number of seasons, “Breaking Bad” is considered one of the best TV series of all time. On the IMDB film platform, the drama currently ranks second among the top-rated television projects. Only the documentary series “Planet Earth 2” maintain higher positions.

The series has won two Golden Globes and as many as 12 Emmy statues.

Both on the television screen and in real life, RJ Mitte and the character he embodies are struggling with a severe physical disability – cerebral palsy leading to a disorder of motor skills. Accordingly, it is particularly important for RJ Mitte, as an opinion leader, to inspire people with disabilities to integrate into society and pursue their goals with courage.

Opportunity to meet in person

In order to get acquainted with the diverse popular culture of the USA, RJ Mitte’s visit to Lithuania is sponsored by the US Embassy in Lithuania. Fans will have the opportunity to meet, take photos or even get the actor’s autograph at the “Comic Con Baltics 2022: Together with GameOn” event on 21-22 of May.

Organized since 2017, Comic Con Baltics has allowed fans of Lithuania and foreign countries to meet with well-known actors from such cult projects as “The Lord of the Rings”, “Pirates of the Caribbean”, “The Walking Dead”, “GTA” etc.

This year fans will be able to meet Enrique Arce, from the famous TV series “Money Heist”, voice actors of the video game “Red Dead Redemption 2” Roger Clark and Rob Wiethoff, filmmaker and content creator TomSka with more than 7 million followers and many other worldwide famous stars.

During the three days of “Comic Con Baltics 2022: Together with GameOn”, visitors will find not only meetings with celebrities of comics, films, and TV series but also computer game spaces, a cosplay competition, presentations of the latest films, the scenery from the world’s most famous films and series, TV guest announcements and much other entertainment related to popular and gaming culture.