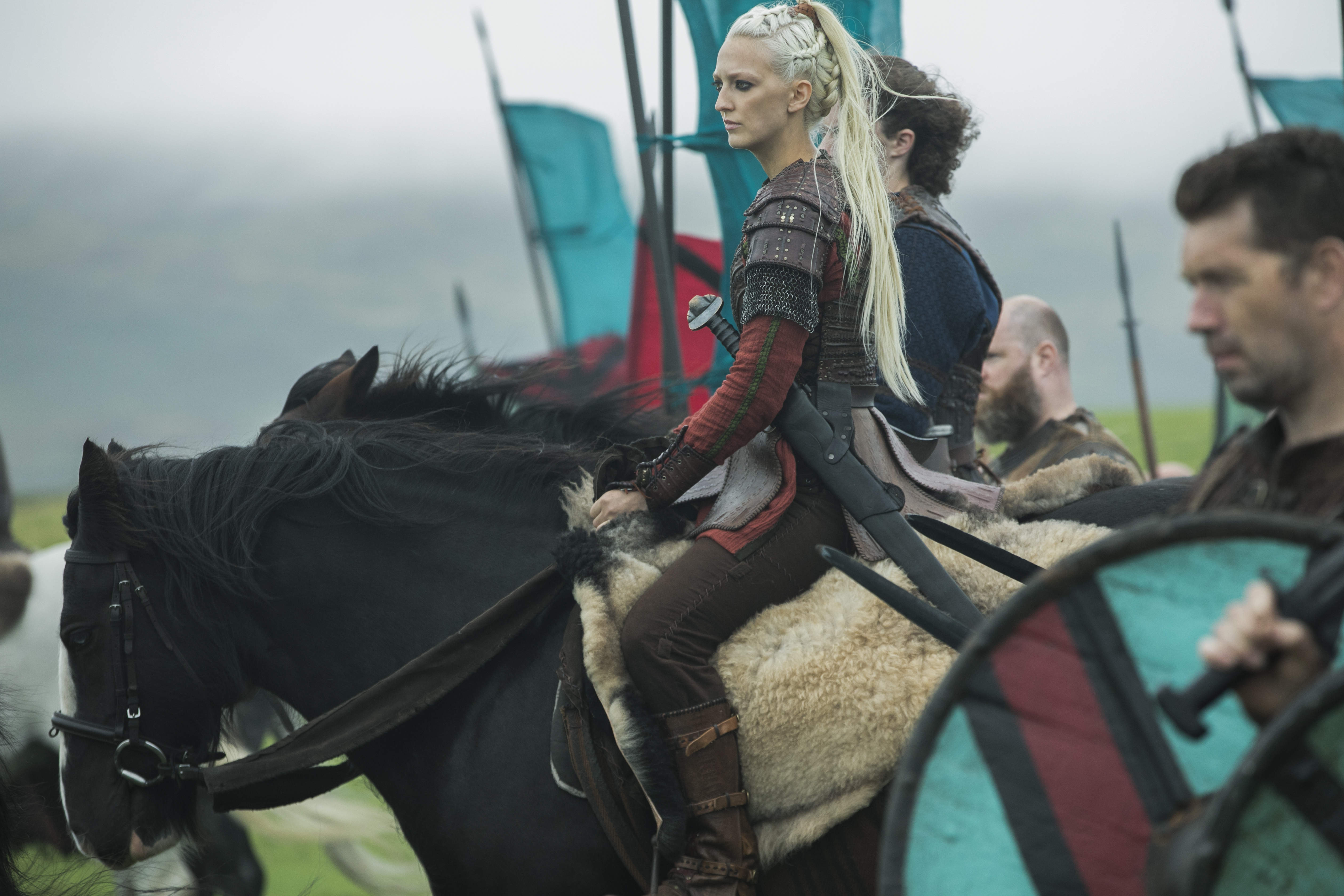 Georgia Hirst, the charismatic star of the TV series “Vikings” is coming to Vilnius﻿

On the third weekend of autumn, stars from worldwide known movies and television projects will meet in Vilnius, at the “Litexpo Exhibition Centre”. The organizers of the annual popular culture event “Comic Con Baltics” has just announced that the famous British actress Georgia Hirst, who is well known to the fans of TV series “Vikings”, will be joining the cast of already announced actors. Actress has been invited to Lithuania by “Telia”, after seeing how popular “Vikings” are on company’s smart TV platform “Movie Club”.

“We are well aware of how many fans “Vikings” has in Lithuania and in the other Baltic countries, therefore we are very pleased to announce that this fall viewers will have the chance to meet one of the main stars of the project – Georgia Hirst. She played a role of a vivid and charismatic role of the Viking warrior named Tori,” says Darius Krasauskas, organizer of Comic Con Baltics.

The Canadian Irish historical drama “Vikings” entered screens on the History Channel back in 2013. At the time, it was supposed to be a mini-series, however after a great success, the series were extended into five more seasons. Sixth and the final season of the “Vikings” ended this winter.

“Georgia Hirst embodied a bold and sometimes even reckless character, who is undoubtedly one of the fan favorites throughout the series. As a strong fighter Torvi character could be seen from season two until the end of the series. Undoubtedly, she is one of the most influential characters of the series,” says organizer of the “Comic Con Baltics 2019”.

According to the organizer, meeting Georgia Hirst will be exceptionally interesting not only because of the role she played, but also due to her involvement into the creation of the series.

“The actress is not the only famous person in her family. Her sister Maude Hirst is a well-known actress, also seen on the “Vikings” as a character Helga. Meanwhile, their father Michael Hirst, is the main author and creator of the series,” says D. Krasauskas.

However, Torvi’s role in the “Vikings” is not the only one Georgia Hirst has ever played. Actress is also known for one of the leading roles in the 2018 horror movie called “Ravers”.

“She is a talented and charismatic actress who has studied acting at the prestigious, top-notch acting school the “Drama Center”, at the London University of Arts. The “Drama Center” alumni list includes such famous actors like Tom Hardy, Pierce Brosnan, Russel Brand, Paul Bettany and many other well-known names,” says Krasauskas.

Lithuanian audience can watch “Vikings” on “Telia” smart TV by joining “Movie Club” platform. To meet, interact, take a picture or have Georgia Hirst’s signature fans will be able on September 21-22 during the popular culture event “Comic Con Baltics 2019”, at the “Litexpo Exhibition Centre” in Vilnius.

During the third year’s event, visitors will meet with world-wide famous actors and creators from the most famous film and television projects. There is also going to be announcement of the new Lithuanian movies, presented by AVAKA, video games, comics, presentations of the most innovative tech, cosplay shows, family space and lots of other entertainment for both adults and kids.