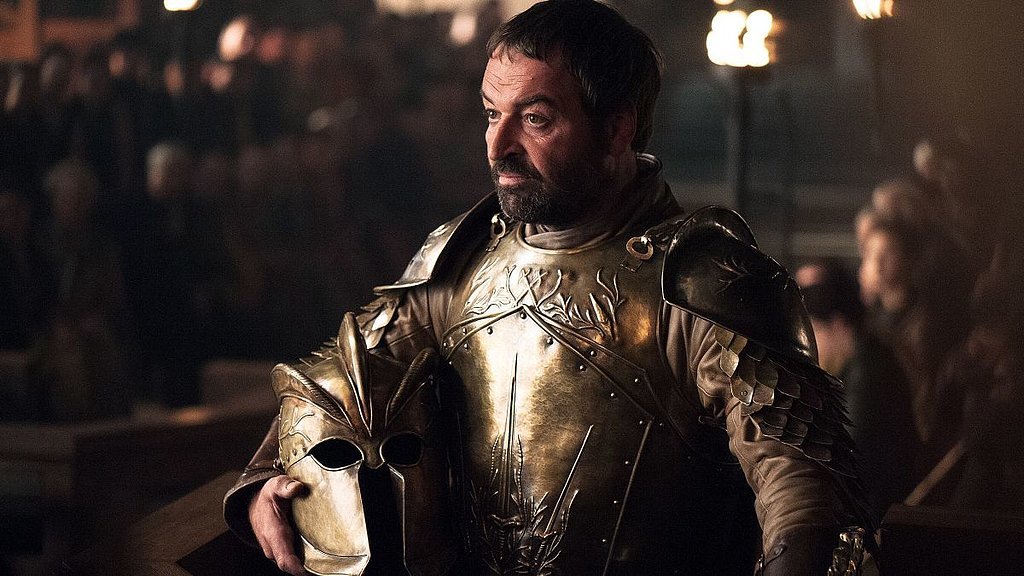 Don’t get shocked when you will see bunch of famous faces walking down Vilnius streets this September. They are coming to the gigantic popular culture event “Comic Con Baltics”. The guest roster has just been boosted with Ian Beattie the star of the cult HBO® show “Game of Thrones”®. The guest was invited by “Telia” TV that has just recently added the HBO content to its platform.

Las year due to the filming schedule Ian could not make it in time for “Comic Con Baltics” 2017. Nevertheless, this year he is keeping his promise to Lithuanian fans of “Game of Thrones” and will come to the show with double force!

Even though Ian has started his professional career as a theater actor he enjoys working with film and television projects. I. Beattie has played a sadistic maniac Ser Meryn Tyran in five seasons of “Game of Thrones”. This is a record that not many actors on that show could sport. “It was a lot of fun to play a complete scumbag. Actually, playing someone so completely different to your own character. I do not have intentions to, but I do have a quite talent to play villain roles. Ser Meryn was quite easy to play due to amazing producers and directors on this show” – says actor. Meryn Trant’s death was one of the most expensive ones on the history of this show. Working on this show has also opened more possibilities for Ian. He has now partaken roles in TV series such as “Vikings” and “Dr. Who”.

To get better acquainted with Ser Meryn Trent and prepare for meeting with Ian Beattie Lithuanians can by watching “Telia” TV that has just recently enriched its content with the best HBO shows. From now on, Lithuanians can at any time on demand, legally watch not only “Game of Thrones®” but also hit shows as “Westworld®”, “ Sharp Objects®” , “Big Little Lies®” and so on.

“Comic Con Baltics” brings stars from cult film and TV projects including “Lord of the Rings”, “Black Panther”, “The Walking Dead”, “The Flash”, “The Vampire Diaries”. Famous illustrator of Lithuanian descent Kaz Prapuolenis will be there too. The fans of computer games will be existed to try out their skills both with the newest and retro games. One of the most colorful accents of the event is the Cosplay competition where people will blow your minds with their crafted costumes.