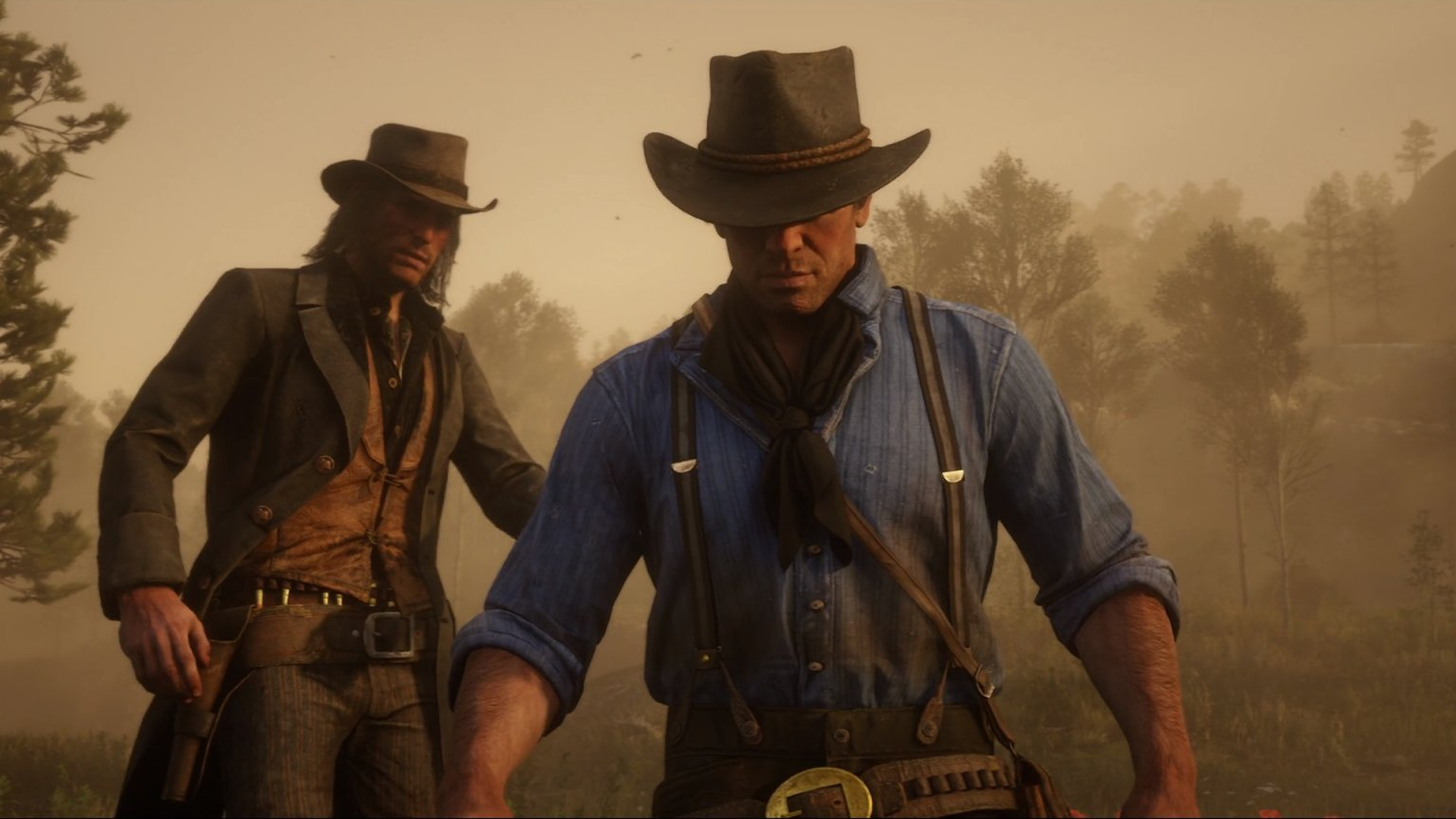 On Thursday, exciting news reached the fans of video games in the Baltic States. The stars of the legendary video game “Red Dead Redemption”, Roger Clark and Robert Allen Wiethoff will be coming to Vilnius. Voice actors of the main protagonists in the game – Arthur Morgan and John Marston, plan to meet their fans in Lithuania during the biggest pop-culture event in the Baltic States “Comic Con Baltics 2021”, which will take place on 2-3 of December 2021.

“While security is the main priority for all of us this year, we believe that next year will bring us much happier and more positive changes. As fans of video games, we are more than happy to announce to our like-minded friends that next autumn we all will have the opportunity to meet the stars of the one and only legendary video game “Red Dead Redemption”, says Tomas Vievesis, the organizers of the pop-culture event “Comic Con Baltics 2021”.

Stars from one of the most successful games in the history

“Red Dead Redemption” is a two-part action and adventure western video game, the first part of which appeared in 2010. The action of the game takes place in 1911, in the Western United States and Mexico. The scenically extremely rich storyline revolves around the game’s protagonist, John Marston, his past as a robber, and an attempt to save his family.

The sequel to the hugely popular game, “Red Dead Redemption 2”, reached fans in 2018. Players were moved into the prehistory of the first part of the game, which takes place in 1899. Alongside the main character John, the character of Arthur Morgan appears in the plotline.

In the coming October, voice actor Robert Allen Wiethoff, who has embodied John, and Roger Clark, the voice of Arthur’s character, are ready to share the most interesting stories from behind the scenes of the game with fans in the Baltic States.

“Everyone who has touched “Red Dead Redemption” at least once will not allow us to lie that the game is captivating with its impressive graphics and impeccably restored atmosphere of the turn of the 19th and 20th centuries. The scenography and interactions with global events allow us to feel the atmosphere, which has prevailed in the USA during that period and even to empathize with the technological revolution processes that took place at that time. Fans of the game will agree that the “Red Dead Redemption” captivates includes and does not let you go from the first to the last minutes of the game”, says the organizer of the event.

The game created by the studio of “Rockstar San Diego” was hugely popular all over the world, including the Baltics States. The first part of the game has received 95 out of 100 game critics’ scores, according to “Metacritic.com”. Meanwhile, “Red Dead Redemption 2” has even exceeded this stunning result and has gained 97 out of a possible 100 points.

“The first part of the game has won several Game of the Year awards and reached the top list of the best video games of all time. Meanwhile, the second part of the game was recognized as the second most successful video game debut in the world, landing only the famous “GTA V”, whose main protagonist Steven Ogg visited our event last year. Remembering the huge interest that Ogg received last year, we are very excited and cannot wait to the coming October, when fans will be able to meet the stars of “Red Dead Redemption”, says T. Vievesis.

The meeting will take place in Vilnius

Voice actors R. A. Wiethoff and R. Clark will arrive in Lithuania on 2-3 October 2021. Actors will be waiting for their fans during both days of the “Comic Con Baltics 2021”. The organizers guarantee that a live meeting with the actors will take place, ensuring maximum safety conditions for both, visitors and guests.

However, this is not the only good news for the fans of video games. Just a week ago, the organizers of the event announced that they join forces with the video game convention “GameOn”, whose team will create an exclusive space for video games and technology during the “Comic Con Baltics 2021” event. Here, visitors will discover the latest and most legendary video games, innovative solutions, the best video hardware, virtual reality solutions, and even the latest indie games. Also, visitors will be able to watch or even participate in esports tournament finals with the best players in the Baltics and spectate demonstrational matches with the best-known Lithuanian personalities.

While most of the news about the event’s guests list is yet to come, the organizers have already announced that fans can prepare for a meeting with the actor RJ Mitte, who embodied Walter White Jr. in the legendary TV series “Breaking Bad”.

Tickets for “Comic Con Baltics 2021” can be purchased HERE.