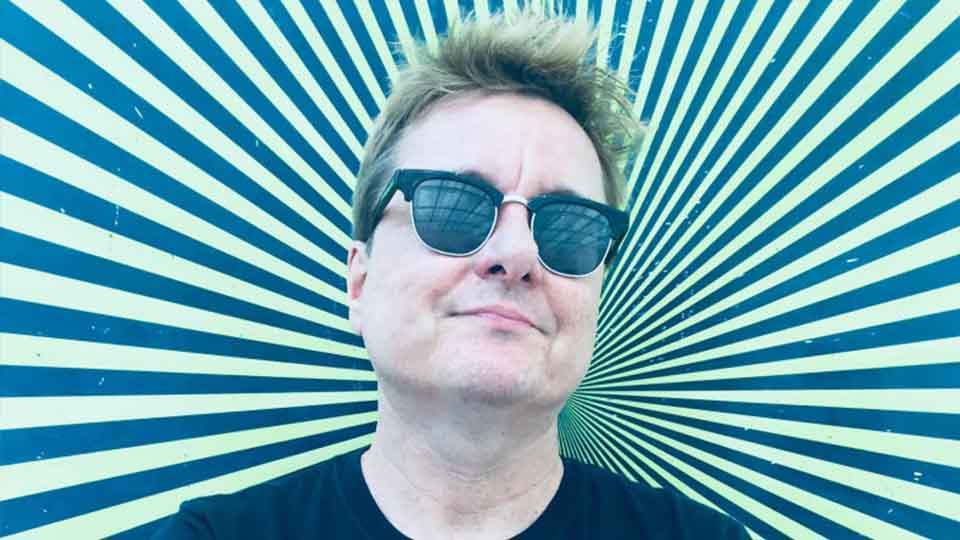 Do you know who connects Lithuania to “SpongeBob SquarePants”? It‘s the famous cartoonist, illustrator of Lithuanian descent Kaz Gediminus Prapuolenis! Formally known as Kaz, the artist has built a jaw-dropping career in the USA. He has been working on “SpongeBob Squarepants”, contributed to Tim Burton‘s “Corpse Bride” and won an Emmy for outstanding work in Cartoon Network project. He will be a guest at “Comic Con Baltics” on 15-6 September. It will be his first visit to his parent’s homeland.

Kaz is an author of remarkable comic strip “Underworld” which not only made him a rock star of caricatures but also landed him a job in Nickelodeon’s “SpongeBob Squarepants”. One fan of Kaz’ “Underworld” was Stephen Hillenburg, the creator of “SpongeBob SquarePants”, who hired Kaz to write for the hit Nickelodeon cartoon show setting Kaz off on another cartooning career. Kaz is not only drawing but since 2015 he is also writing screenplays for this show.

Prapuolenis biography is enriched with big names. He has been working on Tim Burton’s “Corpse Bride” as well as with “Disney”, “Warner Bros” and “Amazon”. He has also been nominated for four Emmy’s and has won one in 2008 for an outstanding special class for his short-format animated program “Camp Lazlo” for “Cartoon Network”.

Not only is he creative but also has an amazing sense of humour that clearly is mirrored in his work. This also draws the attention of a lot of famous fans. Not by chance Jack Black fondly wears t-shirts with Kaz’s “Underworld” characters. During “Comic Con Baltics” people will have a chance to buy Kaz books that are appreciated by Hollywood stars.

“It is an honour to host Kazimieras Prapuolenis. His career is outstanding and it will be very interesting to hear about his journey and collaboration with animation giants. During two event days attendees will have a chance to not only listen to Kaz’s stories but also attend his workshops. We are also very grateful to Lithuanian American Business Association in Los Angeles (LABA.LA) for helping us out in convincing Kaz to come to his homeland” – explains one of the event organisers Darius Krasauskas.

With only one month left until the popular culture event “Comic Con Baltics”, the guests’ roster is still growing. The organisers promise that the list will be updated with more industry professionals.

It has already been announced that Janeshia Adams-Ginyard – the rising professional of stunts, the star of “Flash” and “Vampire Diaries” Rick Cosnett, Steve Cardenas from “Power Rangers” as well as the father of “The Awkward Yeti” Nick Seluk are coming to the event.