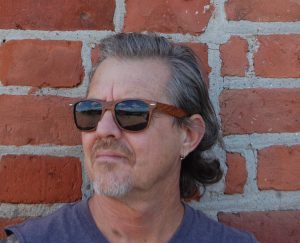 Gene F. Warren III was born in Los Angeles, California on July 11, 1963.  It would seem inevitable that Gene III would become a Visual Effects Supervisor following in the tradition of his Father Gene Warren Jr. and Grandfather Gene Warren Sr. Growing up in Hollywood, he would often visit his Grandfather’s Visual Effects Company Excelsior where he would get his first paying job in the film industry. “I was eight years old, paid 75 dollars for one hour of work. My dad animated my arm in to frame to poke the Pillsbury doughboy.”

Gene Sr. brought the world classic VFX films such as Tom Thumb, Seven Faces of Dr. Lao, The Brothers Grimm and The Time Machine for which he was the recipient of the very first Oscar given by the Motion Picture Academy for Visual Effects as a category.

After many years working for his father, Gene Jr. went on to create Fantasy II film effects contributing to countless feature films such as Bram Stoker’s Dracula, The Abyss and The Terminator as well as a Visual Effects Academy award (Oscar) of his own for his work on Terminator 2, Judgment Day.

Gene Warren III is maintaining the family standards in Visual Effects contributing to numerous feature films and Television media. Along with his father Gene Warren Jr., they have began teaching ‘Introduction to Special/Visual Effects in Cinema’ at the University of Southern California (USC) school of cinematic arts.  He has been the Model and Miniature set supervisor for 14 years at Fantasy II on movies such as Atilla (filmed in Lithuania), Scream 3, Arlington Road, The Mothman Prophecies, Underworld, Underworld Evolution, Resident Evil and Moonrise Kingdom. With a wide variety of credits he is a force to be reckoned with and proven to be a film maker in every sense of the word.

Gene III has taken his artistic talents and applied them to the digital realm. He blends traditional visual effects with modern flawlessly and is currently working his digital magic on a Stephen King short story adapted to a sci-fi psychotic space odyssey to be released as full dome planetarium viewing. Film making has evolved into the digital age and Gene Warren III is carrying the family torch into that future.