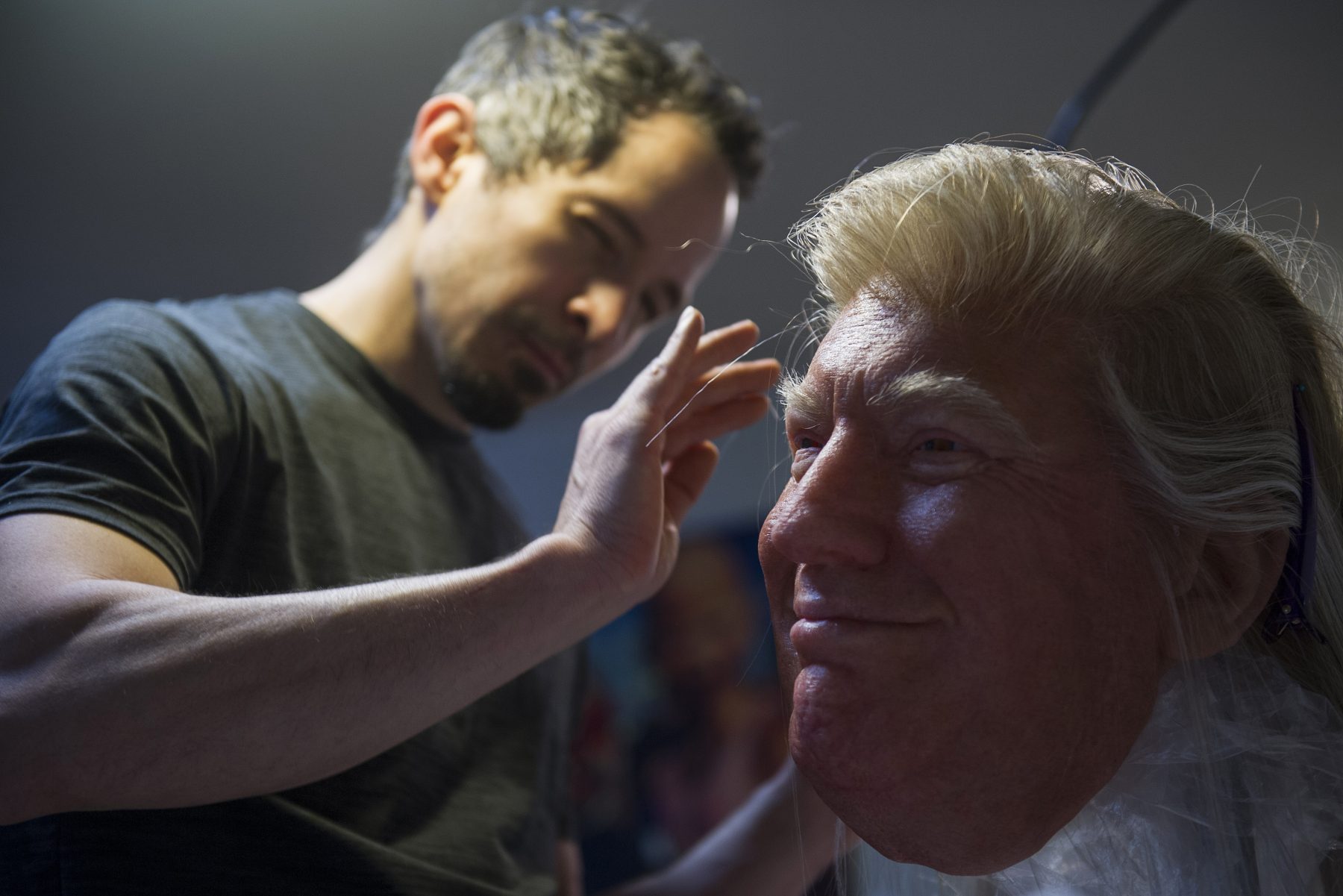 The organizers of popular culture event “Comic Con Baltics 2019” has just announced Landon Meier, also known as Hyperflesh, the world-wide known creator of the uniquely realistic 3D masks is coming to Vilnius on 21-22 of September.

“We are happy to announce that this year’s event visitors will be able to meet not only the famous Hollywood actors and comic book creators, but also see the intimidatingly realistic masks of actor Danny DeVito or “Breaking Bad” character Walter White walking around the “Litexpo Exhibition Centre”. The world-famous US 3D mask maker Landon Meier will be bringing these unique characters to Vilnius,” says Darius Krasauskas, organizer of the annual popular culture event “Comic Con Baltics”.

During the arrival to Lithuania on the third weekend of September, Landon Meier is taking his unique work examples with him. Fans will be able to see the masks of Dwight Schrute and Michael Scott from TV series “The Office”, Walter White from “Breaking Bad”, actor Danny DeVito and others.

The beginning of the career with the surprisingly real baby masks

“The start of the creator’s career began by modeling first over-sized baby masks in the basement of his home. At the same time, the ridiculous and a bit freaky result of an adult wearing a very realistic newborn mask has enchanted thousands. Today, three different types of baby masks are available on the Hyperflesh website – happy, sad and disgusted. The disgusted one will come to Lithuania together with the creator,” says the organizer of the event.

Over time Meier’s masks became more and more popular in pop-culture events all over the United States. Also, it spread on social media, and appeared on such famous television shows as “Tonight Show with Jimmy Fallon”.

“Bryan Cranston, star of the “Breaking Bad” series, has strongly contributed to Hyperflesh’s popularity. Wearing his face mask, the actor appeared in the corridors of the “San Diego Comic-Con” in 2013. The actor appeared in the panel of the “Breaking Bad” series and it was only when he stepped on stage that he took down Meier’s work and showed his true face. Visitors of the “Comic Con Baltics 2019” will be able to see the equivalent of this mask,” says D. Krasauskas.

However, one of the most significant steps in the career of the Hyperflesh was the meeting of the masks of Vladimir Putin, Donald Trump and Kim Jong Un at a popular culture event in the US – “Monsterpalooza 2017”. Leaders of the three world countries, one of whom was Meier himself, were filmed walking and having fun at the event venue. Their video was uploaded to social networks and has reached over 50 million unique views within the first two days.

“Meier started making masks almost 20 years ago while he was still studying at university. Initially, it was a hobby – the first masks were hand-made created from the clay. As his creations gained more popularity, the creator started using an advanced 3D printer for his work,” says the organizer.

Even with 3D printing technology, it takes from 40 to 150 hours to produce a single mask. Accordingly, the cost of a single mask can range from several hundred to several thousand dollars.

Fans will be able to meet Hyperflesh on 21-22 of September, during the popular culture event “Comic Con Baltics 2019”, at the “Litexpo Exhibition Centre” in Vilnius.

Visitors will also be able to meet other world-wide famous actors and creators from famous movies and TV series, hear about the ongoing new Lithuanian movie projects, test video games, learn about the technology news, hear about new comics, see cosplay shows, enjoy family space and experience much more other types of entertainment.

Tickets are available at “TIKETA”.