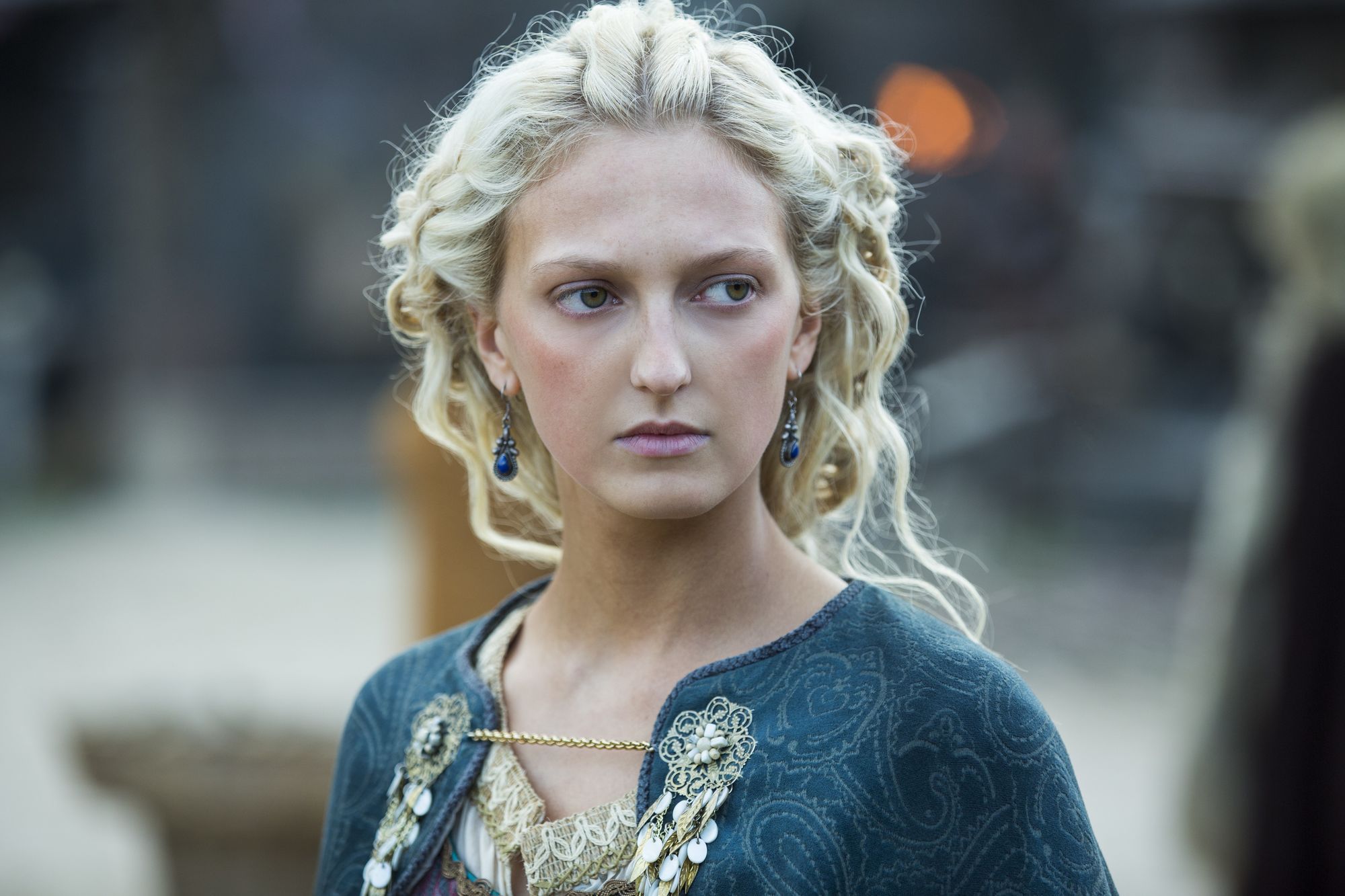 Baltic fans of the world-wide known TV series “Vikings” are counting down the days before the start of the annual popular culture event “Comic Con Baltics 2019”. Here they will able to meet the star of the series – actress Georgia Hirst, who played the mighty warrior Torvi.

After seeing how popular “Vikings” are on the company’s smart TV, “Telia” invited her to Vilnius on the 21-22 of September. The actress agreed to share some thoughts about her career, experience and “Vikings” before coming to the event.

What was the starting point of your career as an actress? How and when did you decide that you want to take this path?

I knew I always loved performing I just did not see it as a feasible career choice – I didn’t know where to start. I realized whilst doing my A level in drama, that it was something, that I was very passionate about. And it went from there!

Torvi was one of the main characters in the show. When was the moment that you realized that she is becoming more and more significant?

I think around season 4 of the “Vikings” I started realizing that my character was becoming more and more prevalent in the show. Especially I would highlight my storyline with Ubbe and Lagertha. It increased and Torvi was featured so much more!

What were the most challenging things about portraying Torvi?

Torvi is fierce. She is a good fighter and a good mother! However, I think the hardest thing about portraying her was playing an older character than I was. Also, she has children and playing a mum, who is age 18-23 was very difficult. But I learned that, and now I can say that it was a fun challenge.

“Vikings” has been an important part of your life for more than six years. How did you feel when the show has reached its end? Do you miss it?

Personally, I have been on the show for so long, that I felt quite ready for the journey to come to an end. I felt as though I did everything I could with Torvi as a character. Of course, I miss everyone on the so much and I have so many amazing memories to look back on!

What did you like the most about “Vikings”? Why would you recommend it for people who still haven’t seen it?

“Vikings” have something for everyone! Of course, there is a lot of blood and gore and fighting, but equally strong friendships and relationships are also featured in the show. Not to mention the costumes, hairstyles, and the sets. They are amazing!

Fans will be able to meet you on the 21-22 of September in Vilnius. Maybe you would like to say something to them before you meet in person?

I am so excited to be able to meet you guys in person! It is so great to hear that “Vikings”, and my character has impacted so many people.

Meeting with the actress in September

Lithuanian audience can watch the world-wide famous TV series “Vikings” on “Telia” smart television. To meet, interact, take a picture or take Georgia Hirst’s signature fans will be able on 21-22 of September, during the popular culture event “Comic Con Baltics 2019”, at the “Litexpo Exhibition Centre” in Vilnius.